Doctor Strange in the Multiverse of Madness! 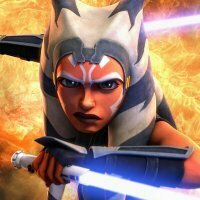 By CoLA,
February 14 in Superheroes!