42 replies to this topic

I shall put this here. You guys can participate in my drinking game and have fun too.

The Aye's didn't have it this morning. Trump will still be nominated.

Charlie Chu ‏@CharlieChu
confused by Michigan AG bragging at RNC about how "justice will come to Flint" for lead poisoning when... that was done by Repub governor... 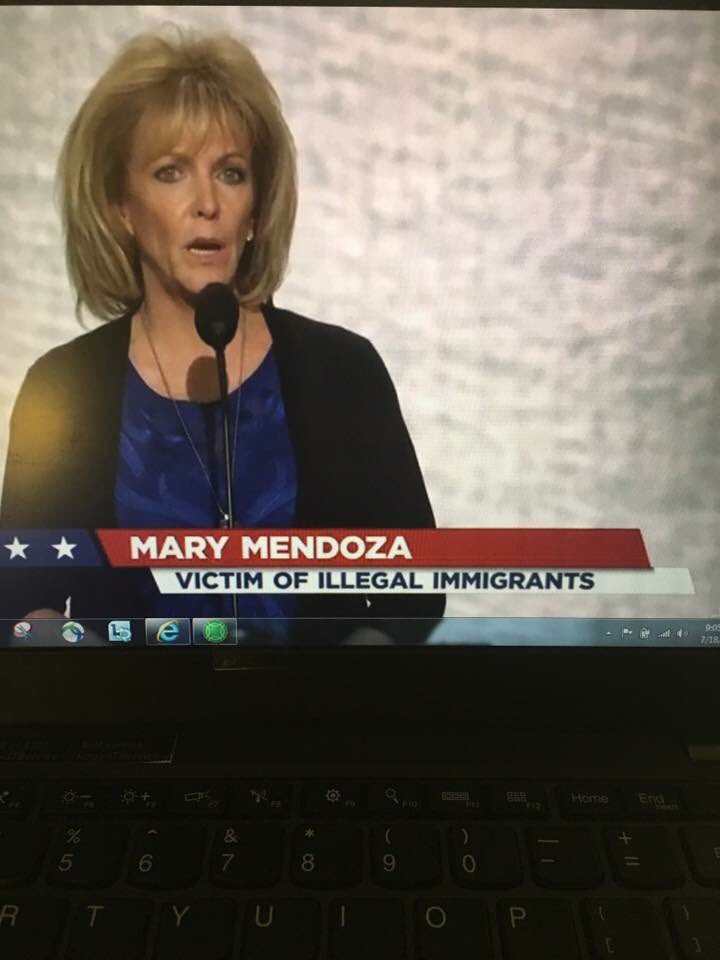 What a terrible first day.  The only thing that was received well was Melenia's speech and they're being accused of plagiarizing Michelle Obama.

Not just accusing-- there's video proof of her lifting a segment all over social media.

Come on...anyone really surprised that Trump's paid...er...had to steal any thought that did not come from The Donald?

She also literally used a lyric from "Never Gonna Give You Up."

A Rick roll is the closest they've come to convincing me to vote Trump.

Not just accusing-- there's video proof of her lifting a segment all over social media.

It was an embarrassing thing, but survivable considering everyone knows, in the end, all it means is that a speechwriter messed up.  What's making it worse is the Trump campaign trying to bluster their way past it.  Not going to work.

The media had no issue leaving Republican candidates high and dry when the Trump campaign let loose with whoppers during the primary.  But, now that Trump is the nominee, they'll suddenly remember how to be journalists and will report on the issues and not just be dazzled by how good he is and then put a camera in the other candidates' faces looking for reaction so they can make a game out of it.

They'll just call B.S. on their own and hound the candidate and his surrogates on the matter.  Welcome to the general election Trump.  Your antics are no longer cute to the media.  They're a threat.

Not defending the GOP or Trump here and the phraseology on that screenshot is definitely unfortunate.  Also, I  am not going to caveat the sh*t out of this post, because I think I have sufficiently posted my position on illegal immigration in the past enough, and that is really a topic for another thread.  Suffice it to say where immigration is concerned, I think both sides dropped the ball, and there are other solutions out there that aren't politically expedient that never or rarely get talked about by neither side.

However, the story behind Brandon Mendoza's death is here, and it is pretty sad, and it is unfortunate that this has become just another political football:

My own best friend from high school killed by a drunk driver who was also in the US illegally over 20 years ago (indeed, not only was the drunk driver here illegally, but he was quite literally a drug king pin who was hopped up on his own sh*t, adn didn't hook up his trailer correctly, which killed my friend). My friend and I were literally like brothers, and that still affects me to this day.  So, I can understand the anger of someone who lost a loved from a drunk driver who shouldn't have been in the US in the first place, when something similar happened to my friend.    You feel like if that person hadn't been here in the first place, your loved one would still be alive.  So I understand the anger of Mary Mendoza.  But Trump is once again using this for his personal gain, which I find disgusting.

Nominated on the first go around. I hear some walked out.

And Chalupa, yeah, it bothered me too, about Mary Mendoza. I had a high school friend who never made it to college because of a drunk driver and when I was a high school student I freaked out about my Mom driving drunk to pick me up. I did everything in my power to arrange rides and not make her drive. I wanted to play in marching band and do lots of after school activities that would help me get to my dream university. I think my kid sister and brother suffered because they don't see the alcoholism but were never supported to grow as adults either. I get mad at the alcoholic. It took forever for me to forgive my Mom and understand she'll never change. I hope at least that when the 11 PM chime happened and all those RNC conventioners went home they thought about her and her anger and sorrow.

Also LOL at Ben Carson. Lucifer did it.

...and will find its bookend of idiotic behavior at the Dem convention.

LOLGOP ‏@LOLGOP
How quickly "America is too politically correct" becomes "Ted Cruz is a traitor for not speaking the magical Trump words."

I don't see any connection between those things.

I can be politically correct all I want but still get fired for insulting my CEO in public.

It did come from LOL GOP. I did think it odd that with all the Hillary bashing, and Trump family members touting their Dad, that Cruz was allowed to be like this.

I gotta say, this has easily been the most entertaining convention I've seen in my lifetime.  I can't remember one with so much ridiculous sh-t going down...

Best (non disaster) part so far was probably Giuliani's speech.  I don't know where he found the energy- it was like seeing the aging, washed up old rock star that's vanished out of the public eye, re-surface out of nowhere for a comeback tour and knock it out of the park.

If I'm not watching it on PBS I'm getting it on NPR. Which besides CBS has had the best coverage.

Honestly I thought Giulani was going to have a heart attack.

Today the message seems to have changed.

You might find this humorous, CM: some protester accidentally set himself on fire outside the stadium where the convention is when trying to burn his flag. The only police officer interaction with these protester guys.

Cruz's fall from grace has been my highlight.

I've been doing drinking games and following responses on Twitter. When a smug liberal posts or reposts/RTs a snarky response I take a drink. Hillary's name has been said more than Trumps during the RNC Convention.

Also DNC next! I can't wait!

Longest speech Ever. And nothing new was revealed to me.