334 replies to this topic

The Bettany/Vision rumors have returned...

...awesome as hell, in my opinion, if true. I just hope his origin is a bit closer to the source material. Won't ruin it for me if not, but that's what I'd like to see.

I've thought for a while Bettany would be a great Constantine, but I certainly wouldn't complain with this.

I'd love to see Vision in the Avengers. I know it's unlikely to see, or even hinted at, but at least I could imagine the real Human Torch existed and was beating up the Nazi.

I have no idea who Paul Bettany is, but I very much want the Vision to be added to the Avengers soon. I'm just not sure how many characters should be crammed into one film. If he's added, plus Qucksilver and the Scarlet Witch, plus War Machine, and then all of the returning Avengers...that's stretching screen time pretty thin. Hopefully, there's some setups being done here for other films. It already seems like some of these characters are being wasted.

Paul Bettany is the voice of Jarvis.

With no Pym in Avengers 2, people are saying Ultron must come from Stark-tech. Maybe it still does, maybe it doesn't.. but it feels an awful lot like Vision could basically be Tony giving Jarvis a body based on the armor tech, with maybe a little loose alien tech Agents of SHIELD has told us is floating around thrown in to boot?

RC said once that Ultron should come from those robot helpers that Tony has in his house and that he always berates.

I think they can incoporate Pym into Avengers 2 with just a passing name drop; Tony yells at Fury about Ultron, "First you kidnap my butler and now you've mated him with The Pym Program?! You know that guy is not all there right? ... Also, I will not be held responsible for child support."

Ultron could be created by Shield using stolen Pym Programming and stolen Stark programming. The Vision is then created by Ultron and Ultron gives him Tony's butler's voice asset just to screw with Tony.

With no Pym in Avengers 2, people are saying Ultron must come from Stark-tech. Maybe it still does, maybe it doesn't.. but it feels an awful lot like Vision could basically be Tony giving Jarvis a body based on the armor tech, with maybe a little loose alien tech Agents of SHIELD has told us is floating around thrown in to boot?

I was kind of thinking the same thing. There may be very specific reasons why person who voices Jarvis is being picked for the role. Plus, I've heard that one of the recent castings is rumored to be the human Jarvis.

I'd love to see Vision in the Avengers. I know it's unlikely to see, or even hinted at, but at least I could imagine the real Human Torch existed and was beating up the Nazi.

The original Torch is on display at the Fair in Captain America: The First Avenger.

I liked spotting that. I wonder if we'll end up with a Human Torch in each of the separate Marvel Cinemaverses : a Jim Hammond (maybe in the rumoured Agent Carter post-WWII project) and a Johnny Storm for the F4 movie.

RC said once that Ultron should come from those robot helpers that Tony has in his house and that he always berates.

I was joking. That was a joke.

Too bad you're probably closer to the mark than the rest.

I didn't notice THT in the 1st Avenger. I'll have to pay closer attention next time.

RC, I know you made that post in jest but really it could work because like a Pym connection it only needs a line of dialogue. No one is watching these films for deep plot points. I mean really the Energon Cube in the last film was explained in like ten seconds and then it was just the Loki show. All we need is a line of dialogue or two and then let Stargate Guy do his thing as Ultron.

sweet mother of god, Quicksilver looks awful. For some reason I kind of like that Scarlet Witch just looks like some chick off the street.

I think it's better than the Fox version, but either way, Scarlet Witch looks great. And Ultron, for that matter.

I can't find a good link that shows all the set pics that just came out. Google them.

I've seen those leaks too, thru CBR on the 'book.

I think Ultron is a stand-in/fx lighting/reflection reference. Even said you can see a fairly faithful shape in that head design.

Hawkeye is in his hero-gear, Witch appears to be in casual clothes and it's possible that Quick is also. What I'm saying is we don't know the context of the scene to know if what we're seeing in these leaks is their hero-gear.

Unlike X-Days where the Quicksilver stuff has been released in marketing stills to hype the character.

I keep seeing people complain that Quicksilver "looks awful" (in both movies, apparently). What is this character "supposed" to look like? The Flash (except silver instead of red)? Is there a "correct" look, or is it just that there is no way to translate Quicksilver from comics to screen without the character looking goofy?

I'm guessing these scenes are early in the film and he'll be cleaner cut toward the third act. If you're aware of the Captain American mid-credits scene, it might give you a hint as to what's going on.

Quicksilver's comic book look has numerous plays on a single theme; bodysuit tights, one white lightning bolt completely across his torso (diagonally, front and back).

Physically, you could imagine a young Richard Gere. Athletic, charming, that great smile, an heir of mischievousness, that platinum hair.

X-Days look is going for some kind of 1980s teen punk. I'm Eh about it, but I can understand it and unless you're literally a member of the X-Men or you're Magneto in that filmverse then no one wears a costume or uniform.

I think what is happening with these leaks is people's expectations for The Avengers is higher, from it's own doing. This franchise is much closer to the comic, but they see this leak and it doesn't seem to be translating with Quicksilver.

I think that the Under Armour shirt that Quicksilver is wearing is cool looking, I'm ho-hum about cargo pants and sneakers however. But like I said previously, we don't know the context of these leaks... they literally could be in street clothes.

In both films his hair looks just off. In X-Days it's purplish. In this Avengers leak it looks like a grown out, root showing, dye job.

That hair, style even, but on American Gigolo age Gere.

Gere could have been Magneto, really dead ringer for the facial shape/hair look. He is too big an actor + wrong genre guy... he's never done anything fantastic like X-Men. Not even a sci-fi film, if I recall right. Not his wheelhouse, I guess.

I think Avengers/Kick-Ass Guy has that look. I loved the casting when they announced it. I do think too much dark is showing in his roots however.

I'd be surprised if the sneakers are for anything other than filming. He's going to be doing a lot of running--a lot easier to run in running shoes when they can be replaced or cropped out in post production.

That's what I was figuring too. 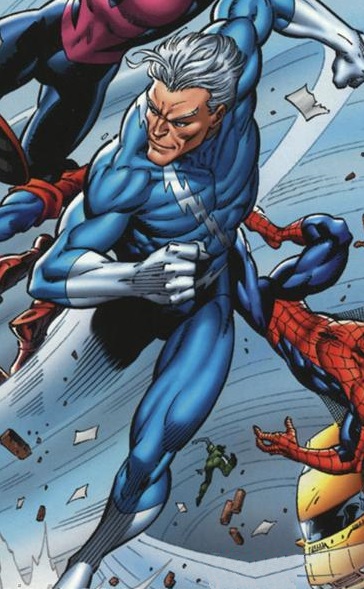 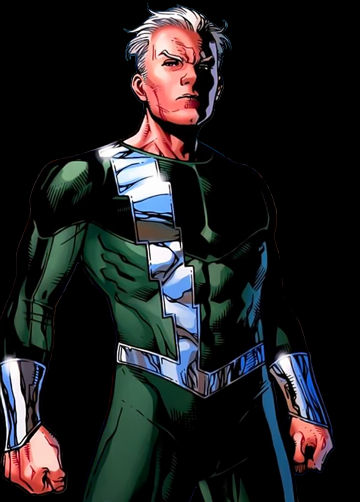 Hah. I risked a click on that Spoiler tag and WAS ENTIRELY DELIGHTED that I did.