Posted by NumberSix , 30 May 2010 · 452 views
Several years ago I sat through a Sunday-school video series based on the Christian advice book Secrets of the Vine by Bruce Wilkinson, who was famous for a time thanks to a previous, slightly more controversial book called The Prayer of Jabez. Not exactly a direct sequel, Secrets of the Vine centered around the theme of how sometimes certain aspects of our lives have to be let go, whether because they're no longer useful or meaningful, or because even better things are in store.

The crux of the book comes from John 15, in which Jesus employs a grapevine parable to extol the virtue of fruitfulness in a beliver's life. We're not expected to stagnate and produce nothing of consequence. As we mortals too often embrace our comfort zone and our monotonous status quo to a fault, we deny ourselves the chance for growth, improvement, better opportunities, or just a release from the shackles of futility.

The NIV translation of verse 2 reads as follows:

"I am the true vine, and my Father is the gardener. He cuts off every branch in me that bears no fruit, while every branch that does bear fruit he prunes so that it will be even more fruitful."

Suffice it to say, the point is: sometimes quitting can be good for us.

In my seven years as a member of the Nightly.net Administration, I've had endless opportunities to help shape, guide, influence, control, ruin, destroy, improve, purify, devalue, uplift, enrich, dilute, stabilize, or mock the feel and fate of the site, the depending on which sides of any given issue you and I were on. I saw a place full of potential, gifts, personalities, events, discussions, and exchanges that deserved to be maintained, to have space provided for them to flourish and thrive. I thought I could help the rest of the team keep hope alive and make a difference.

I still do. But here's the Thing: 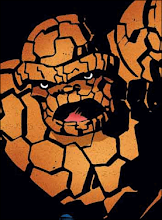 And here's the other thing:

One of my recurring whines to the Moderators and Admins is that this site will live or die on the quality and quantity of its content. All the technological bells and whistles Infopop will ever invent, all the hacks that the users can concoct, all the derivative social networking add-ons that can be pulled out of a hat -- none of that matters one whit if people don't have any reason to visit us....specifically us. In an Internetverse full of entertainment options, an old-fashioned message board that hopes to stick around for the long haul beyond its shelf date in any form other than as a vanity groupthink collective needs to give people -- members or non-members -- a reason to click on it, a reason to spend time with us instead of with their cel phones, with their fully functional social networks, with their hypnotic BluRay players, or with their ADHD streaming-media clipfest sites.

I like writing. I don't write for a living except in the form of business letters to clients. I don't draw a paycheck for indulging in the weird expressive impulses that run through random twigs on my family tree. I don't seek ways to make money for writing because I don't think I'm disciplined enough, consistent enough, or, more importantly, unique enough to stand out from the throng of hundreds of millions of Netizens who are convinced that they do. I write for free because -- when I'm in the proper mindset -- it's fun, it's not work, it's relaxing, it's exercise my neurons sorely need, and it's been complimented just enough times that I'm all but certain the results aren't usually an abominable affront to mankind.

As it happens, I like writing, which counts as content. Nightly needs content, now more than ever. I have a desire; Nightly has a need. When I'm writing, or at the very least giving others an excuse to write and respond, symbiosis is achieved.

Here, by contrast, is a list of things I seldom enjoy:

* Giving orders.
* Babysitting those who haven't required a babysitter for years.
* HTML coding.
* Debates.
* Rehashing previous debates.
* Listening to the reverberating echo when I ask a question to a silent room.
* Asking someone to fix a broken thing again and again and again, especially when I know I can't fix it, and I know that they can, but they choose not to.
* Accepting the blame for things that aren't directly or even indirectly my fault.
* Shouldering responsibilities alone that once were shared.
* Devising business plans for nonprofit
* Mobile phones.
* Honorary titles.

I ruminated for several months over the enjoyment drainage from the Admin gig. It was fun to be part of a team that reached a certain level of free-wheeling functionality. OVer time, participation levels rose and fell. Other Admins came and went, each of whom still remain vital parts of the site in their own ways. Once ever few years, even dear old Darth Palpatine drops in for a sobriety check. By the time I had the pleasure of extending an invitation to our newest Admin Destiny Skywalker -- of whom I have nothing but kinds things to say, and pray she doesn't fly out to Indiana in her fastest rocketship and punch me in the teeth for all of this -- I knew something was out of sorts for me, but didn't want to rock the boat and admit it. I didn't want to give it up.

I believe I've now made this entry long enough that only the hardiest, most dedicated readers are still with me by this point. Thanks very much for your attention. I'll see if I can pare the rest of this down.

When the ostensibly milestone Front Page News concept effectively became one of the greatest failures in Nightly history despite the commitment of nearly two dozen members other than myself, my heart shattered into a half dozen pieces. When my complaints about rampant passivity fell on deaf ears, my blood pressure went up more than a little. When JA ignored my repeated insistence that viewing the Front Page in IE displays the top ad banner over the headline, it was hard not to feel slighted. When we had the major dustup in April about the closing of two forums -- either sadly underperforming or criminally neglected, depending on your POV -- JA apologized to us present Admins for being MIA due to being low on the "priority list" or whatever (always nice to know where one stands), and said he'd respond to our own complaints shortly, which in turn I felt would've gone a long way toward informing our responses to the lynch mob.

When enough weeks had passed that I figured we'd slipped back down JA's to-do list once again, I decided I was done. The part where I was supposed to be having fun with my Internet time was a few nails short of a closed casket.

By carefully applying what we learned from Secrets of the Vine, I took steps and did some pruning.

On May 10th, I figured out a loophole in the software that would let me remove my own Admin powers, and I effectively fired myself.

On May 27th, The Maker became the first Nightly member to say something to me about my missing credentials. Seventeen days passed before a "tell" finally gave me away. Our infernal new Chat program was all too happy to distinguish Rock's Admin-level username from my own ex-Admin username. The jig was up. If only The Maker were not awesome, I could've kept my one-player game going for weeks. Alas, he's awesome and he noticed.

Seventeen full days passed before anyone said anything to me.

I thought maybe everyone on the board had already noticed but simply didn't care enough to ask me point blank. More likely, no one noticed because I didn't stop posting. It's not like I'm leaving. It's not like I suddenly have am offer for a paying writing gig. For me, the Admin position had become a dead branch in my life that needed to be hacked off so that that particular stump could be put to better use.

Losing the title carries some consequence. I can no longer ban one-time spammers. I can mock trolls, but I can't override them altogether. I can't check IPs and compare aliases. I can't merge threads, split threads, or edit thread subtitles for handy usefulness. I can't access the Mods' forum to hear more complaints about which member is most annoying this month. Best of all, I can't depend on the weight of a vestigial "Admin" tag alone to end an argument. I live or die on the basis of my own content and contributions.

Without the added yoke of responsibility (so to speak), I'm feeling much better now. The Front Page is a separate software package from the board itself, so I can still entertain passersby there when the ideas strike (though I forgot to add the News mask to my Profile before my exit, so now I can't see the News forum -- um, oops?

). I can use this Blog thing for ideas that don't lend themselves to general-population thread ideas. I have the same prvilege as anyone else to go start threads, without the onus of feeling obligated to do it simply Because It's My Job.

I'd like to think blessings could come from this in the long term. If nothing else, my removal from the Admin roster could be an opportunity for the remaining Admins to make some changes, step up to bat, try something daring, or make maybe some changes to which I was perceived as some sort of joy-killing impediment. I look forward to seeing what they do next.

At the very least, I like being back in the frame of mind to produce vintage spirits rather than sour grapes.

You'll pardon me while I go mash 'em up.

June 04 2010 08:45 AM
Don't know quite what to say other than: Welcome to your newly pruned Nightly.net experience!